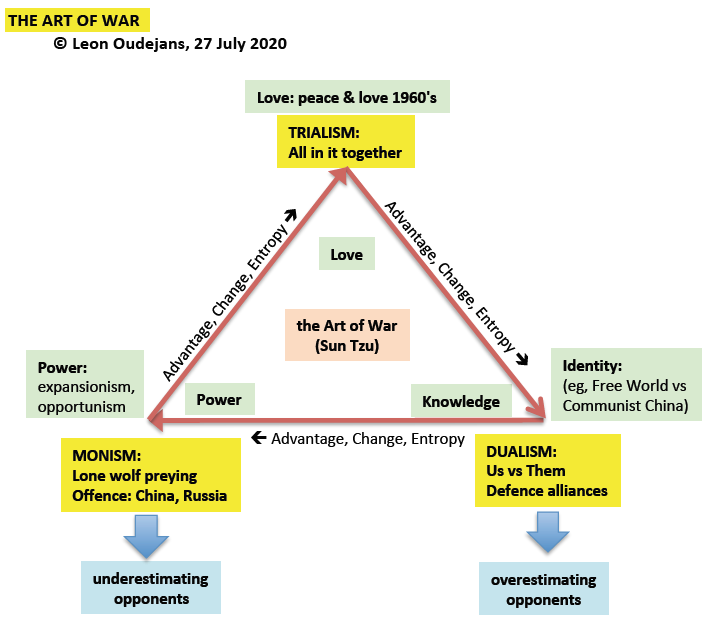 The Art of War

On July 23, I prepared my diagram below. I wasn’t sure if I had captured all. Remarkably, the July 24 remarks by the US Secretary of State proved that I was on the right track (eg, Guardian).  His remarks were about dualism (eg, free nations against Chinese tyranny) and about monism (eg, Chinese expansionism). As stated before, trialism seems forgotten and/or irrelevant.

The Art of War is a famous ancient (c. 5th century BC) book by Chinese military strategist Sun Tzu.

I’ve used its title for my blog’s title as I think, feel and believe that the Chinese President is ignoring its messages.

My triangle follows the Arrow of Time and is driven by forces like Advantage, Change, and Entropy.

My triangle has 3 stages of which dualism is the most common one, nowadays.

China’s 2013 Belt and Road Initiative marks the start of monism, which is characterized by debt-trap diplomacy, expansionism and opportunism.

I think, feel and believe that history has shown – over and over – that monism is a dead-end street.