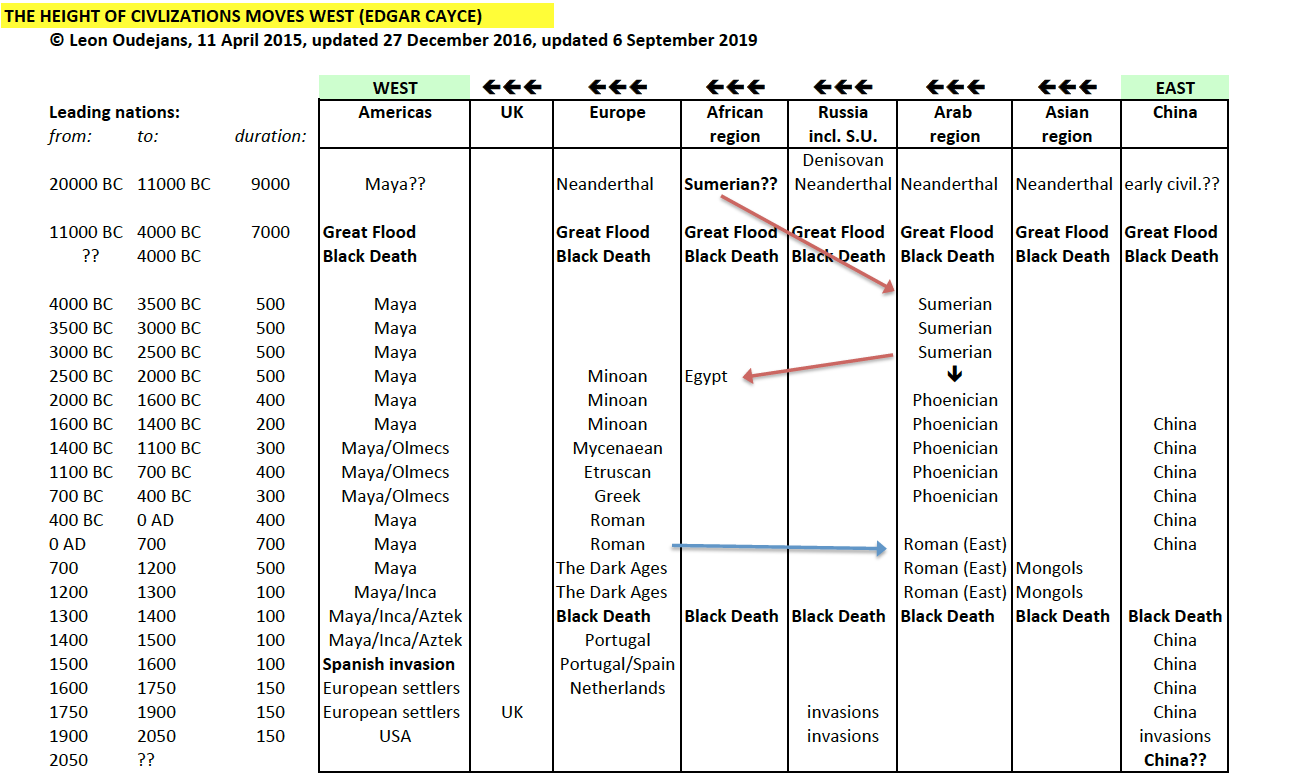 The height of civilizations moves West

The prophecies of the American clairvoyant Edgar Cayce (1877-1945) include a fascinating unresolved one about the future of China. It also argues that the height of civilizations moves West. For a long time, I’ve been eager to verify that. Please see my diagram below.

My diagram seems to confirm Edgar Cayce’s statement that the height of civilizations moves west, apart from some anomalies (eg, the Eastern Roman or Byzantine Empire).

I think, feel and believe that the Sumerian (and “black-headed“) civilization originated from Africa.

As a result, the Sumerian civilization (probably) relocated east from Northern Africa to Mesopotamia (eg, Iraq). After its collapse, parts moved west to Israel (ie, Abraham), parts (probably) west to Egypt (eg, Nubians), and parts must have blended into other leading and/or neighbouring societies (eg, the black-headed Phoenicians).

The earliest of European civilizations (ie, Minoan, Mycenaean, Etruscan, ancient Greek) might well – and again – be “left-overs” of the (“black-headed“) Sumerian civilization (eg, source). Frankly, the whitewashing of ancient black history is annoying (my 2017 blog).

Portugal was the first global empire (my 2016 blog). Spain was next and wiped out the long-standing Mayan civilization. Then came the Netherlands which introduced the first public shares in shipping companies and was leading in international slave transport (my 2017 blog). After some 150 years, Great Britain ruled the waves following the Industrial Revolution.

Currently, the discussion is when – not if –  China will take over US hegemony. Again, the height of civilizations moves west. US hegemony profited from westbound European settlers, and the 1st and 2nd (European) World War.