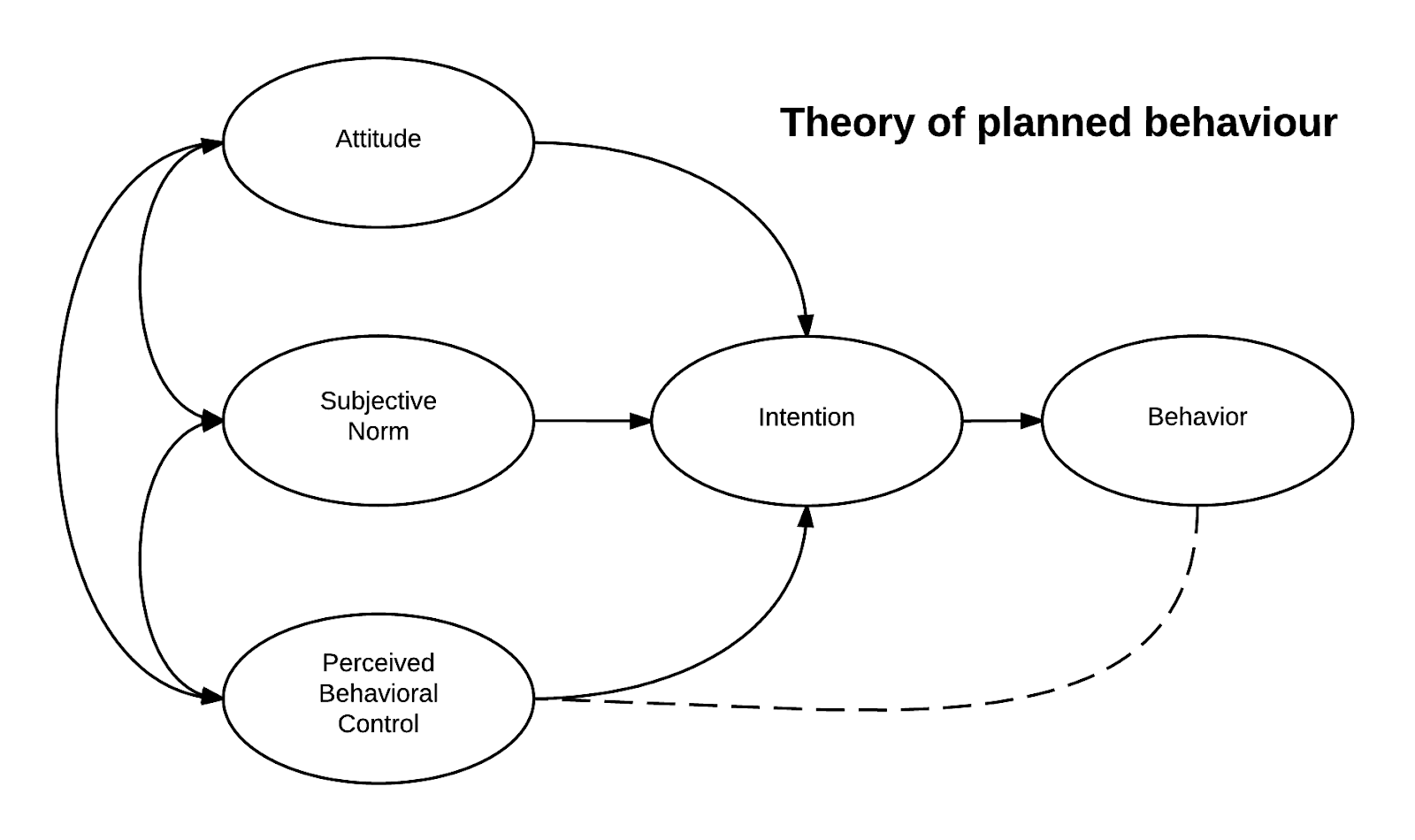 Sunday evening, I watched the entire 3 hour (Dutch) interview with Louis van Gaal in VPRO Zomergasten. At a certain point, Louis van Gaal corrected his interviewer several times. She talked about the personality of soccer players, while he referred to their behaviour.

Their discussion struck a nerve as I noticed a parallel with the ancient Zoroastrian concept of (good) Thoughts, Words and Deeds (my blogs 1, my blogs 2). This concept defines Good versus Evil (eg, Quora). After some reflection, I concluded that personality, attitude and behaviour should mirror this ancient concept of (good) Thoughts (a.k.a. Intentions), Words, and Deeds.

Much to my surprise, the words Attitudes, Personality and Behaviour referred to the title of a 1988 study and a 2005 book by social psychologist Icek Ajzen. Together with Martin Fishbein, he also wrote the 1975 book: Belief, Attitude, Intention and Behavior. Both authors are well-known for their 1985 Theory of planned behavior.

The accompanying diagram on Wiki shows that Attitude is, however, not the same as Words in the ancient Zoroastrian concept. Else Attitude would be output of – rather than input to – Intentions.

The diagram also shows a moral guidance to Intentions: Subjective Norm. This subjective norm might well be the same as our beliefs (also see title of 1975 book).

In my 26 July 2018 blog, I presented an update of my own conceptual framework:
(1) The moral guidance to our Intentions and our Words is provided by our Beliefs, and powered by our Faith.
(2) Our Beliefs are executed by our Willpower through our Deeds.
(3) This is how Faith, Beliefs & Willpower connect to Deeds, Words & Intentions.

One of the mysteries that I’m still struggling with is the connection between communication, thoughts, and language. This mystery is illustrated by articles like: (i) The link between language and cognition is a red herring by primatologist Frans de Waal (Aeon-2016), and (ii) Study Challenges Evolution of How Humans Acquired Language (Neuroscience News, 5 August 2018).