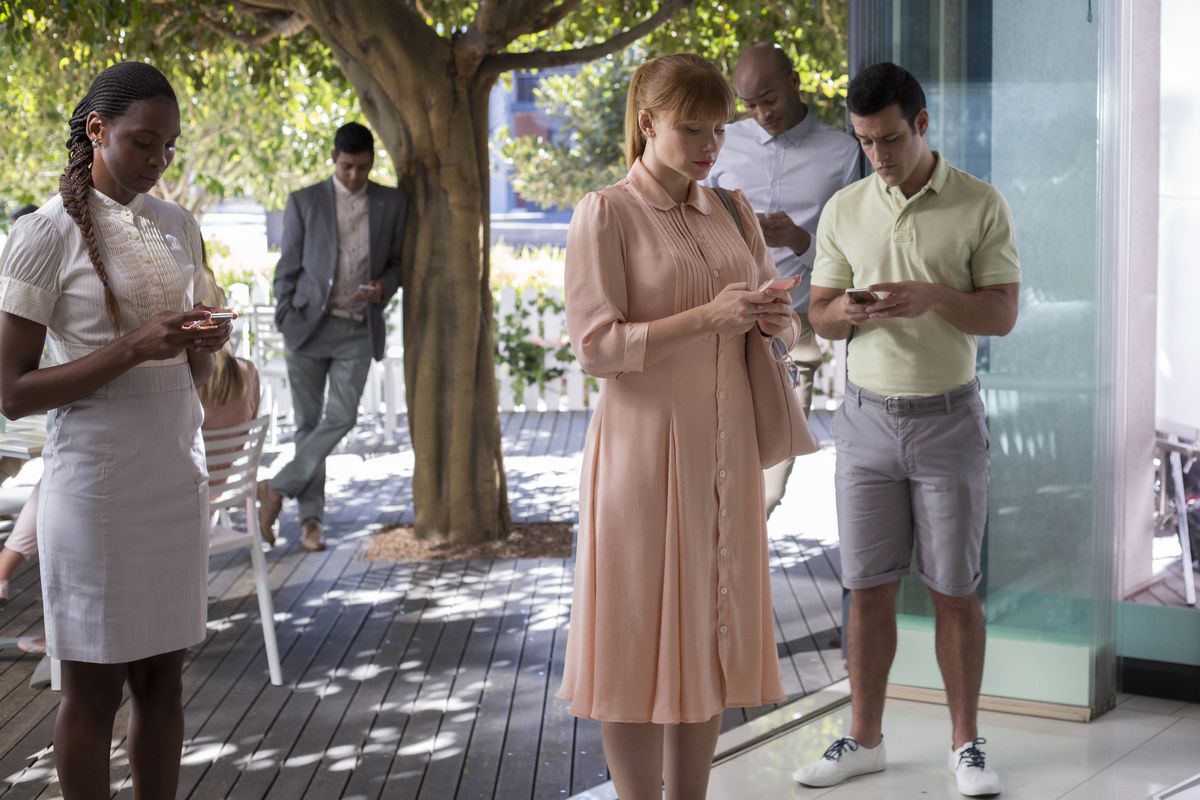 Wherever and whenever you walk, you will see people with their heads bowed to their smartphone screens. The “bowed head tribe” – or dī tóu zú – is already a Chinese term for people with “their heads lowered, gazing at their phones” (BBC Future, 2016). Usually, a bowed head also reveals a kind of submission, in this case towards Technology.

Netflix released a picture of this “bowed head tribe” for promoting the 2016 episode Nosedive of Black Mirror (IMDb, The Verge). See picture below.

Wiki: “The episode is set in a world where people can rate each other from one to five stars for every interaction they have, and which can impact their socioeconomic status.”

This storyline isn’t even futuristic as it’s based on the Social Credit System, currently being implemented in China. Also see my 2017 blog: “China: from Hukou to Social Credit”.

Yesterday’s FT featured an article with an intriguing analogy in its title: “Why quitting smartphones is the new quitting smoking“. I have already minimised my notification alerts. My iPad and iPhone are usually also beyond arm’s length. Nevertheless, I know deep down that I’m addicted to my devices. This addiction is also known as FOMO, the Fear Of Missing Out (my 2016 blog).

There are two most impressive videos (about 3 minutes each) that I recommend watching: the History of Urbanisation from 3700 BC to 2000 AD based on a 2016 study published in Nature, and the Earth’s history from a Time and a Technology perspective from Business Insider.

Technology (including Science) is already moving towards the Power dimension. Faith (formerly named Religion) will be moving to the Knowledge dimension (my blog). I am still considering what this will do to the old proverb “Knowledge equals Power” (eg, Francis Bacon, Michel Foucault).

She’s always ready, when you want it, she want it
Like a nympho, the info