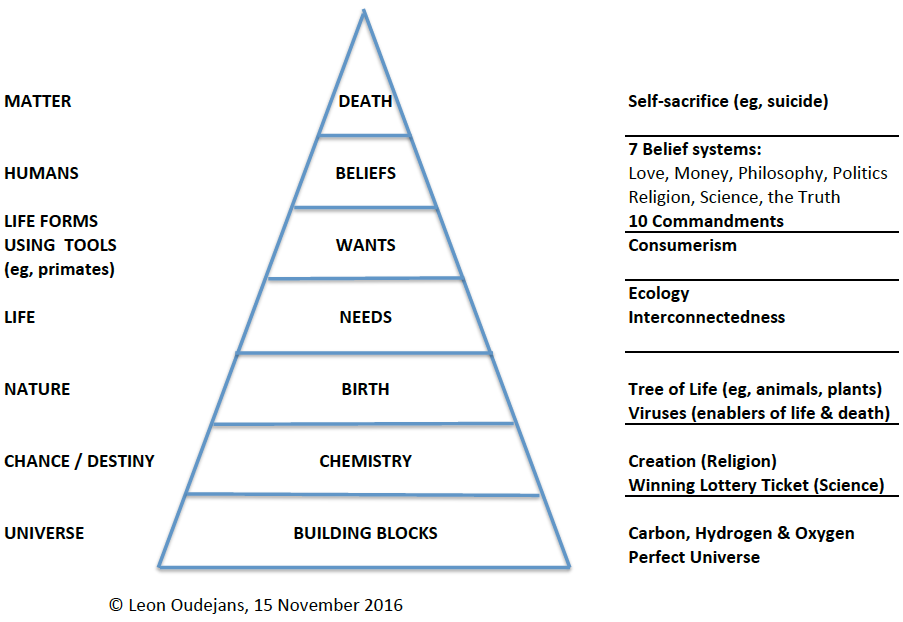 This summer, I learned that some bigger birds in my garden drop walnuts on my pavement in order to crack them open. This became clear after investigating the source of the “falling” sound that I heard around me, occasionally. After each drop, I also noticed increased bird chatter. It finally explained the cracked walnut parts which I had noticed in my garden over the years. Clearly, birds use gravitation and hardened soil (eg, pavement) as tools for getting (or: wanting) food.

NYT, 19 October 2016: “The capuchin monkeys of Serra da Capivara National Park in Brazil are well known for using rocks. They use them as hammers to crack open nuts. They use them for digging. They even use them to show off to potential mates. Now scientists report that they also spend time banging stones together, for no clear reason, producing sharp-edged stone flakes that are just like some of the first tools of early humans.” (eg, video)

The Nature video states that scientists assumed for a long time that only humans made tools in evolutionary history. This Nature video also makes the weird claim that tools made by animals are unintentional while human tools are intentional. This scientific claim immediately reminds me of an Albert Einstein quote: “Two things are infinite: the universe and human stupidity; and I’m not sure about the universe!”

Wiki: “Tools are used by animals to perform behaviours including the acquisition of food and water, grooming, defence, recreation or construction. Originally thought to be a skill only possessed by humans, some tool use requires a sophisticated level of cognition. There is considerable discussion about the definition of what constitutes a tool and therefore which behaviours can be considered as true examples of tool use. A wide range of animals are considered to use tools including mammals, birds, fish, cephalopods and insects.”

I think, feel and believe that our main difference with other lifeforms is our perception of reality – a.k.a. our beliefs – and the resulting human 7 Belief systems: Love, Money, Philosophy, Politics, Religion, Science and the Truth.

Brooklyn Funk Essentials – The Creator has a Master Plan (1995)