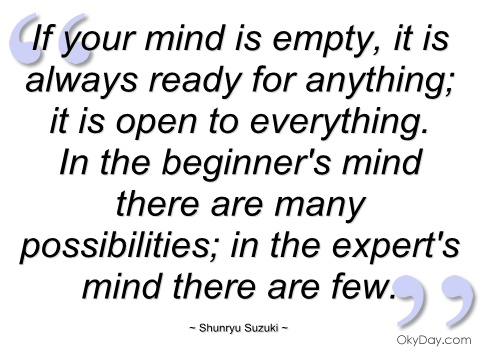 A couple of months ago, I received an article from the April 2016 Dutch Psychology Magazine about resisting temptations. Back then, the article was out of context. Today, this topic finally makes sense to me, especially given my 19 August 2016 blog on Gravity and the 7 Belief systems and the impact of temptations.

Margriet Sitskoorn, neuropsychologist and Professor of Clinical Neuropsychology at Tilburg University, states that our human brain often prefers short term pleasure above long term well being (eg, exercise, food, lust). After reading this statement, I wondered about its universal application. Subconsciously, I recognised this principle from somewhere else.

I suddenly realised that there is hardly a difference between a discounted cash flow calculation and preferring short term pleasure. A profit today is worth more than a similar future profit. Inflation (aka interest) erodes future values. Having food or water today is more valuable than having food or water next week. Most people would even prefer cash now than a higher receivable.

In Finance and Economics, we refer to the time value of money concept: there is a “greater benefit of receiving money now rather than later. It is founded on time preference.” Wiki suggests that time preference is an Economics concept. I suppose Margriet Sitskoorn would strongly disagree.

There is nothing new in time preference. Today, we still use the medieval saying that it’s better to have 1 bird in the hand than 10 in the sky (Dutch) / wood (UK). The bird in that proverb related to falcons used for (medieval) hunting.

Margriet Sitskoorn argues that our brain still works along the evolutionary preference of now rather than later when it comes to temptations. The prefrontal cortex, a more recent part of the human brain, “has been implicated in planning complex cognitive behavior, personality expression, decision making, and moderating social behaviour” (Wiki). In the article, Margriet Sitskoorn argues that we can train the prefrontal cortex to deal with temptations.

Training the prefrontal cortex probably fits this day and age. I am old school. I was looking for ancient wisdom and noticed a very powerful remark: “The second tip is that the Torah teaches us that a psyche devoid of spirituality and meaning is a breeding ground for unbridled lust” (source). I expect that Christianity and Islam claim the same, being the 1st and 2nd derivative of Judaism.

The quote in the left picture is one of Zen monk and teacher Shunryu Suzuki. Zen “was strongly influenced by Taoism“, a “religious or philosophical tradition of Chinese origin”.

Novelist Terry Pratchett once jokingly stated: “The trouble with having an open mind, of course, is that people will insist on coming along and trying to put things in it”. Or take Groucho Marx: “Now, there’s a man with an open mind. You can feel the breeze from here.”

The Knowledge domain (ie, Philosophy, Science and the Truth) provides the old way of training your frontal cortex and dealing with temptations. The Power domain (ie, Money, Politics and Religion) often provides fertile ground for temptations.